Solar Downsides – The truth about solar panels – do the pros outweigh the cons?

We’re surrounded by some incredible technologies today and we often take most of them for granted.

Waiting in lines to buy the latest tech gadget without thinking about what went into making it, or what will happen to the old gadget it’s replacing. The same is true for renewable technologies like solar. We take it at face value that solar power is cleaner and better than the alternative of burning fossil fuels, but is it? We don’t often look at what kind of impact and cost it takes to make solar panels. Or what will happen to them at the end of life?

And without taking that into account it leaves open questions for people to doubt how effective solar panels really are compared to how we currently generate most of our energy. Take a step back and you can see how quickly things are shifting in favor of renewable energy generation. In the last decade, solar has had a 49% average annual growth in the US, which has been spurred on by the Investment Tax Credit.

There’s enough solar installed today to power almost 16 million homes and it’s still growing. The largest portion of that growth has been in utility-scale solar installations at around 60 MW of capacity. Meanwhile, during this boom, coal jobs have been shrinking dramatically, by almost 50%. In 2012 there were almost 90,000 coal jobs, but today there are around 46,000. In comparison, the solar industry had around 250,000 jobs in the fall of 2019.

Double what it was around 2012. This massive growth in solar has been a huge boon to the economy and helped to drive solar panel prices down. It’s the same story in every industry: economies of scale drive down prices. The cost of installing solar has dropped by 70% over the past decade and is still dropping.

If you haven’t seen my recent video on Tesla’s incredible per watt pricing here in the US, I’ll include a link in the description, but we’re around $1.50 per watt right now for installation. Still higher than countries like Australia and areas in Europe, but it’s heading in the right direction. Those dropping costs have pushed solar to one of the cheapest forms of energy generation today. Utility-scale solar is somewhere between $32-$44/MWh.

.. unsubsidized in the US. Compare that to coal, gas, or nuclear and you can see why more and more utilities are canceling plans for building out new gas plants in favor of solar.

Again, just look at solar’s drop-in per MWh pricing since 2009.

So it shouldn’t be surprising that 40% of the new electric generating capacity built out in 2019 in the US was solar. And many companies have stepped up their own solar installations to reduce costs and be more self-sufficient when it comes to power. By 2018 commercial solar installations were at around 1.1MW between companies like Apple, Amazon, Target, Walmart, and Google. Before I get to why that’s important when thinking about solar’s green credentials, I’d like to thank today’s sponsor, Squarespace.

I’ve been using Squarespace for years and use it for the Undecided website. I’ve got over 25 years of experience building out websites, so I know it’s a full-time job to build and maintain one. Squarespace takes care of all of it and lets you focus on the other work that matters for your business. I absolutely love the content management system for publishing my articles and videos.

You can customize and fine-tune the look and feel to get something that fits your personality and company’s brand.

And you don’t have to worry about software updates, web servers, or anything like that. The all-in-one platform is my favorite part. If you want to build out a beautiful web presence without the hassle, head over to Squarespace.com for a free trial, and when you’re ready to launch, go to squarespace.com/mattferrell to save 10% off your first purchase of a website or domain.

Thanks to Squarespace and to all of you for supporting the channel. Why is the dropping cost of solar important when thinking about solar’s green credentials? This type of cost analysis is called a Leveled Cost of Energy comparison (LCOE), which creates an apples-to-apples comparison between the different energy sources.

It takes into account the cost of building out the facility, the cost of sourcing materials and keeping it running, as well as the cost of dismantling and disposing of the plant at end of life. It’s the full picture.

So solar gets the nod from a cost perspective, but how does it look from an environmental impact perspective? Well, there’s another form of apples-to-apples analysis for that, too. It’s called a Life Cycle Assessment (LCA) and looks at everything from manufacturing to disposal. It’s the same thing as an LCOE, but looking at the environment instead.

Solar panels are made up of components like silicon, metal framing, glass sheets, wires, and Plexiglas.

Nothing particularly shocking, but during the manufacturing stage there are a lot of different types of chemicals used to clean and purify the semiconductor surface. It’s not that dissimilar to making semiconductors for computers. You’ll find things like hydrochloride acid, sulfuric acid, nitric acid, hydrogen fluoride, acetone, and a few others when making a typical panel, but it depends on the type of panel being manufactured. These chemicals take a lot of care when handling and need to be disposed of properly, but their cost gives manufacturers a big financial incentive to recycle and reuse them whenever possible.

For instance, silicon tetrachloride which is used in some manufacturing processes has a byproduct that can be used to create more polysilicon.

.. and more panels. Besides saving money, the biggest motivator for solar panels is their reduced impact on the environment in the form of fewer carbon dioxide equivalents released into the atmosphere. The manufacturing process is where the bulk of solar’s impact is on the environment with between 0.

6 lbs of CO2E/kWh. What about the energy it takes to manufacture the panels? A common statement I hear a lot is that it takes more energy to manufacture a panel than it will ever produce over its life, or energy payback time (EPBT). It depends on what type of panel you’re talking about and where it’s getting used, but in general, a standard multi-crystalline solar panel will pay itself off energy-wise in 4 years. Considering that the expected lifespan of a solar panel is 30 or more years, that’s 26+ years of net positive energy production.

.. wait, what have you heard? Anyway, this brings us to disposing of solar panels (not me) once they reach the end of their usable life. We’re talking about 30 or more years of expected time for the average panel.

With 95% of solar panels in the US getting installed since 2012, that means we may be looking at a large glut of panels coming to the end of life in the 2040s. Not a lot of time to kick the can down the road. It’s a common belief that solar panels can’t be recycled, but that’s not true. After all, we’re talking about silicon, metal framing, glass sheets, wires, and Plexiglas as the bulk of a solar panel. 80% of a typical solar panel is glass and aluminum, which are easy to recycle.

There are some heavy metals that have to be extracted too, but we’re capable of recycling them. The basic process involves separating the aluminum frame, which is 100% reusable. Then separating the glass along a conveyor belt, which is about 95% reusable.

After that, the cells are heated to 500 degrees Celsius to evaporate small plastic components and to help separate the cells. The smelting process and etching away the silicon wafers results in about 85% of the reusable products.

While individual aspects of recycling aren’t difficult, it does require large amounts of heavy machinery and plants to be built out. It’s also made more difficult how panels are constructed into one tightly unified product. It can be an expensive process, but there’s a financial incentive to go down this path anyway. A 2016 study from the International Renewable Agency (IRENA) estimated that $15 billion could be recovered from recycling solar modules by the year 2050.

Recovered materials can be reused to manufacture new panels, which could be cheaper than mining for new materials.

Government policies can play a major role in making sure we’re setting ourselves up for success here too. The EU has been more aggressive in its solar recycling and end-of-life policies than we have been here in the US. They’ve defined solar panels as e-waste, which puts them under the [Waste Electrical and Electronic Equipment Directive](http://ec.europa.eu/environment/waste/weee/).

This requires solar manufacturers to meet certain recycling standards, which has created a marketplace for panel recyclers, one of which is Veolia.

They partner with the non-profit PV Cycle in Europe to collect the panels and recycle them in a plant where robots separate the components. Solar Energy Industries Association (SEIA) has created a working group for recycling providers and offers benefits and discounts to SEIA members. One example of that is Cleanliness, which isn’t a dedicated solar recycler but can handle recycling solar equipment. And solar companies like SunPower and First Solar have their own recycling programs that allow customers to return old panels through groups like PV Cycle to the manufacturer for recycling or reuse.

And not that I advocate for this, but there’s a recent study from the International Energy Agency about the impacts of landfilling solar panels, and it’s not as dire as you might think. The risks from lead in silicon PV panels are about 1/10th below the risk levels set by the US Environmental Protection Agency.

And for cadmium, it’s even lower. Again, this isn’t an excuse to just dump them in landfills, but the exposure to some of the heavy and toxic metals isn’t as great as you might think. When you take the full picture of solar into account from cost to manufacturing and disposal, it’s undeniable that solar is a dramatic improvement over fossil fuel forms of energy generation. 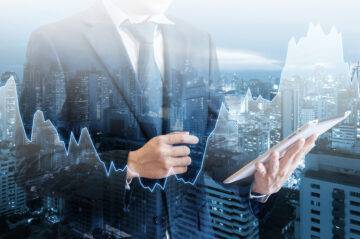 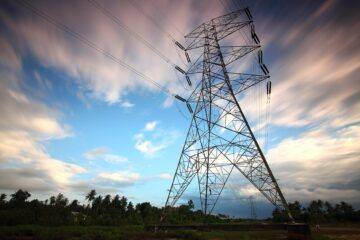 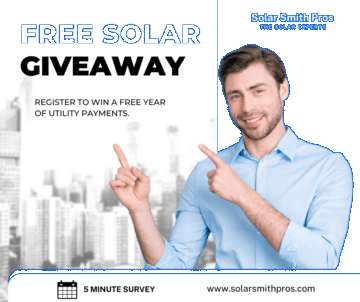