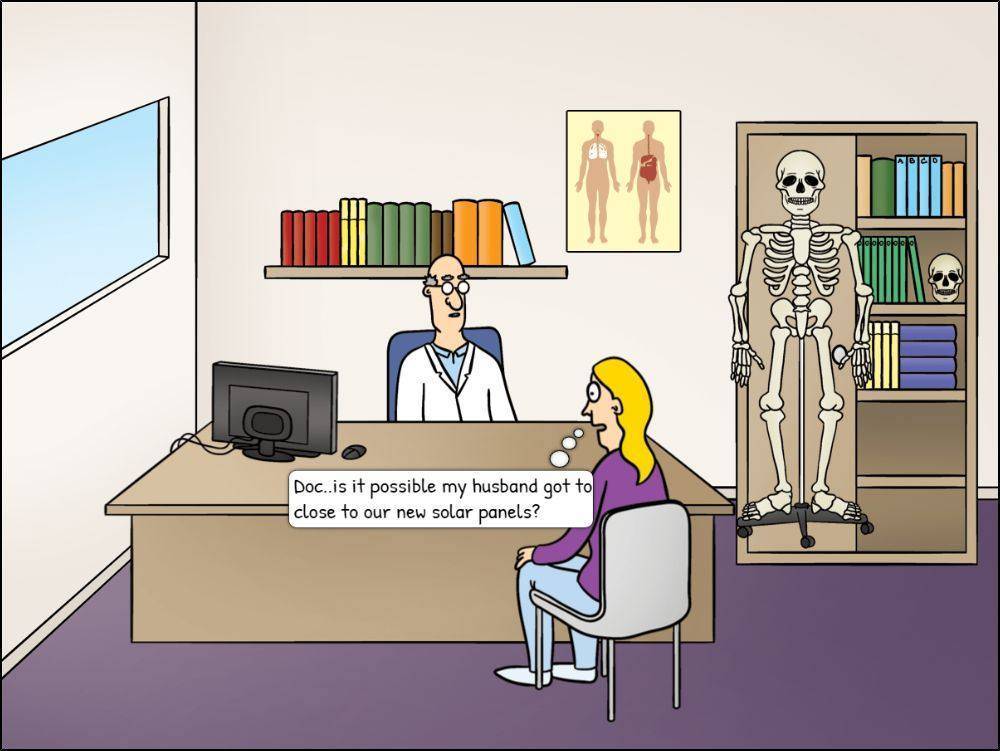 Solar power is a free source of energy. You can use this free and unlimited energy source to run the load in your house and can also charge batteries. The electricity that you were using for both these work, you can save money on that. To use solar power, you need to install solar power system in your house. There are three types of solar power systems – DC system, On grid and Off grid solar system.

In this video, we will understand how DC system works. DC system is an innovative and environmental-friendly home lighting solar solution. It is especially designed for areas where there are frequent power cuts or areas where electricity is not at all available. Before understand DC solar system, it is very important to understand what is DC or direct current. There are two types of electric current- Alternating current or AC and direct current or DC.

An electric power house produces AC. The supply coming from power station to your house is AC. The appliances at home like TV, fan, light are normally AC. The electricity created by sun and the power stored in battery is DC. You will be surprised to find out that if you install DC power system rather than the AC power used in your house, then you can save around 70% on electricity as compared to AC.

Not only this but if you run DC appliances from the battery that you were using to run the AC appliances in your house, then you will get three times more backup from the battery. You don’t believe it? But this is true. To know the benefits of using DC power and disadvantages of using AC power, we will have to understand the waveform. As we saw, AC means alternating current which means current and voltage keeps changing directions.

So the waveform of AC supply in one cycle will alternate from positive to negative. DC means direct current which means current and voltage are flowing in the same direction. The waveform of DC supply never flows in the negative direction which means that DC supply has minimum loses so that DC appliances consume less power as compared to AC appliances.

For example. let’s assume that we want to compare a 54 inches DC fan and a 54 inch AC fan.

Due to 70% less power consumption, we get three times more backup and helps in saving on your monthly electricity bill. Now we will understand another benefit that comes out of running DC appliances on DC supply. Let’s assume that you have a normal inverter at house which converts the AC supply coming from mains to DC supply and charges batteries and after that converts the DC supply stored in the battery to AC to run load. There is some energy loss in this AC to DC and DC to AC conversion because whenever one energy form is converted into another energy form, there is energy loss in the form of heat or switching loss.

Therefore the load connected to the inverter consumes extra power.

But these loses are not present in a DC system because in this system, there is no form of energy conversion like AC to DC or DC to AC. This system charges the batteries with DC power only and runs the load also on DC power so that a DC system is way more efficient than a normal system. You must have understood the benefits of using DC power. Now, we will see how a solar DC system works. To install a DC system at home, you need solar panels, batteries and DC load.

DC system uses the power coming from solar panels and intelligently charges batteries and runs DC load. This DC system is available in 800VA/12V. You can run three DC fans, one DC LED TV and three or four DC LED lights with this. As we told earlier, all these appliances are DC. Hence their power consumption is very less as compared to AC appliances.

But mains connectivity with the system happens only then, when the battery connected with the system and the current coming from solar panel goes below a preset limit. Due to this feature, mains supply is minimally utilized and results in maximum savings. Let us understand this concept in detail. Let us assume that we have connected the DC system to 12V/120AH battery and 120 W solar panels as well.

This 12V battery’s boost voltage will be 14.

You can check different parameters of the system on LCD screen like Rupees Savings, Battery Voltage, Solar Voltage and Current, Solar Charge Controller On/Off, Grid Charger On/Off, MPPT Equalization On. Apart from this, the LED indications lights provided below LCD display glow in various conditions. First indication is when the battery is getting charged from mains, then mains charging on LED will glow in green colour and after that when the battery charges from solar, then solar charging on LED will blink in green and when battery will be fully charged from solar, then solar on LED will continuously glow.

When the battery connected to the system discharges and goes in low condition, then the third LED will continuously glow in red colour. Apart from this, there is a mobile charging port as well in the DC system through which you can charge your mobile phone by solar power with the help of a USB cable. Now we will understand some important protection features in DC system.

There are two fuses provided in DC system for protection – AC fuse and DC fuse. First we will understand AC fuse.

If for some reason, there is a reverse connection with the DC system, then DC fuse will blow and will keep the system protected.