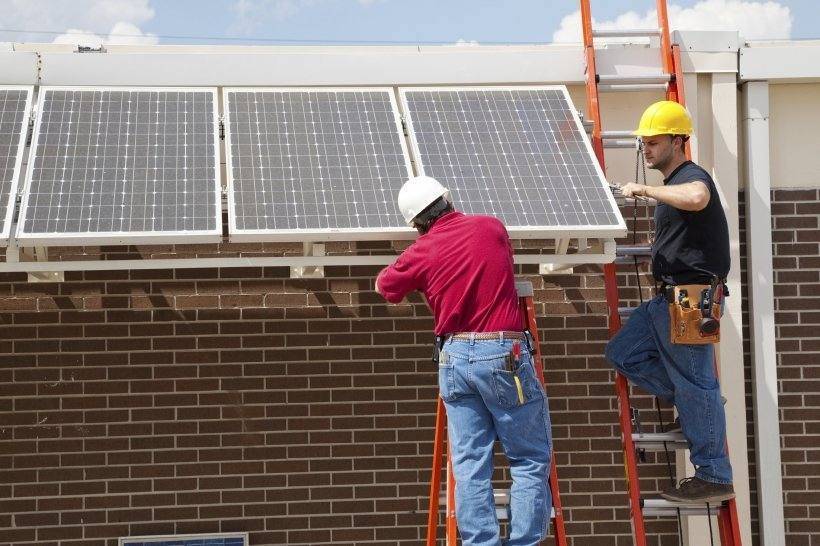 What longer-lasting panels could mean for consumers? How utilization of gallium can prolong the life of panels? What’re the hurdles ahead?

Solar power installations are now common worldwide. It’s easy to overlook solar power’s virtues given that so many of us see it in use daily across our communities, but it indeed remains an incredible technology. Typically, solar power components are (comparatively) affordable, easy to install, and inexpensive to do regular upkeep on. But even though today’s solar tech is already brilliant, there are always opportunities to improve it.

The quest to make panels last longer is ongoing. Its true quality solar panels can already be presumed to perform at a high level of energy production for many years. But indications suggest we can expect to see further improvements in this area going forward. This is exciting not only for the improved output it would offer residential and commercial users of solar power but also for the immense opportunities it could unlock to use solar power more substantially in areas presently without a reliable electricity source.

Why Do Solar Panels Decline?

A solar panel is not a “set and forget” product. It is regularly exposed to harsh weather conditions, as well as environmental hazards like dirt particles and other debris. It requires regular maintenance such as getting a clean regularly (more on that to follow) to maintain peak performance—and oftentimes this does not occur. Yet ultimately, while good maintenance can prolong the life of a solar panel, eventually wear and tear and the passage of time can result in diminished performance. This is a reality with just about any piece of technology.

It’s necessary to note the global trends seen in the solar panel industry of course have many local variables. This is the case with warranties. Nonetheless, there are common elements with warranties found across many different jurisdictions and nations. Get more news at Solar Smith

What Longer-Lasting Panels Could Mean for Consumers

For many solar system owners, there isn’t just the potential of replacing a panel in a few decades—which has had a decline in performance—that represents an additional expense after installation. Alongside the recommendation that a solar system is regularly cleaned (more on that to follow) for many solar owners, there’s also the prospect of adding a battery in the years ahead. In turn, although panels are often warranted for decades, inverters by contrast will often only be guaranteed under warranty for ten years or less. Some inverter warranties can run for around 15 years, but some can be as short as 5 years. Advertise your Post, product, or photo at Hippie Deals

Ultimately, ten years is still a really long time. And once again, just because the warranty expires at the end of this period, it doesn’t mean a product won’t keep working well for many years after. But it does affirm that any approach to calculating the ongoing costs of a solar system that only factors in possibly replacing the solar panels 20 years or more from now would be flawed.

Furthermore, (unfortunate as it is in the mind of solar enthusiasts) a number of everyday households and businesses out there are yet to acquire solar power simply because they’re not convinced it makes sense in dollars and cents to do so. Longer-lasting panels brought to market which guarantee a far greater period of optimal performance could be a decisive factor in getting these would-be solar owners to acquire a system. It’d also help supercharge the uptake of solar in other areas.

There is the capacity for solar systems to assist those who reside in communities that are remote, have little financial means, or both. Yes, in certain places like Antarctica the extreme weather that may surround a solar installation means the potential of solar panels performing strongly for 20 years—much less long—could be diminished. But there are many locales in the world today that have a comfortable climate for human habitation, where excellent conditions exist for a solar power installation, and yet where access to reliable electricity remains limited.

The installation of solar panels that are longer-lasting in such locales could not only help ensure reliable access to electricity for many years to come, but make it easier to justify the upfront costs—whether paid for by residents, a not-for-profit, or a combination of both—given the system’s owners could potentially acquire warranties on solar panels that go well beyond a few decades, and instead last a few lifetimes!

Although there are multiple avenues available in the pursuit to make solar panels last longer, unquestionably there’s been some promising progress via the utilization of gallium within the silicon. Numerous solar manufacturers are now understood to be factoring gallium into their forthcoming production plans.

Academics from the University of New South Wales’s School of Photovoltaics and Renewable Energy Engineering have been investigating the potential of silicon that is “infused” with this chemical element.

Dr. Matthew Wright and Ph.D. Candidate Bruno Vicari Stefani’s research group found that adding galium would enhance the strength of a solar panel, and consequently, such a panel would have greater prospects of sustaining over the long term in contrast to one with boron, the atom that has been the longstanding element of choice prior in silicon solar panels.

“Until recently, the vast majority of commercial silicon solar cells were formed using p-type silicon doped with boron, which is susceptible to degradation when they are exposed to sunlight”, Dr. Wright told Solar Magazine.

Now, boron is being replaced by gallium, these gallium-doped p-type silicon wafers do not suffer from the same degradation and can thus lead to solar panels that are more reliable.

The increased academic interest and desire by solar manufacturers to utilize gallium is informed by the fact patents surrounding it only expired in 2020. As a result, a sudden surge of interest in this period immediately following is a given, but there is also clear merit in learning more surrounding any new drawbacks with using the material. This is something the UNSW research group is mindful of.

“This implies that further studies on potential new degradation modes in gallium-doped silicon are required.”

Anyone reading this now with a solar system installed in years prior may well be a little rueful to think their solar panels won’t possess the components that could see them last much longer as newer panels could do in years ahead. But it’s important to remember there are a number of steps that can be taken which can help prolong the life and optimal performance of solar panels previously installed.

It’s commonly held that a rooftop solar system should be professionally inspected at least every five years. Similarly, regular cleaning of the solar panels should occur. How often “regular” is can depend on a number of factors, such as what sort of environment surrounds the solar system, and how much dirt and other debris may find their way onto the panels. Nonetheless, ballpark estimates often provide that solar panels should be professionally cleaned at least once every 6 months.

Ideally, a solar installation would have been installed with ideal positioning, but this isn’t always the case. In turn, even if a system was installed in an optimal position originally, changes in the surrounding environment—such as the growth of trees, or a neighboring property adding a new story to their home—could shade the panels.

There will be many improvements in the solar sector in the years ahead that are significant, but also largely invisible to the general community. But achieving the widespread availability of solar panels which could be warranted with a performance guarantee to last much longer than recent generations of panels would represent very visible progress. Also, a huge “selling point”. Not just only for solar retailers and businesses, but also remote communities, not-for-profits, and any individual who is currently considering solar and still weighing up the merits of it through the years ahead.

Sure we may be waiting a little while longer until such technology is widely available and in use all across the world, but progress towards this next landmark being universally visible in the solar sector is coming along very well—and it’s sure to be worth the wait.

Virginia Solar Tax Credit and Solar Incentives
The Benefits of Regular Solar Panel Maintenance and Cleaning
Solar Energy: Benefits and Drawbacks
The Ultimate Newbie’s Solar Checklist For Homeowners
Homeowners Guide To the Federal Tax Return
Solar Appointment In Warrenton, Virginia
Going Solar Is Terrifying For A Novice, This Guide...
Is the Weather Good For Solar Panels In Catlett...
What You May Not Know About Solar Investment Tax...
[gravityform id="2" title="true"]